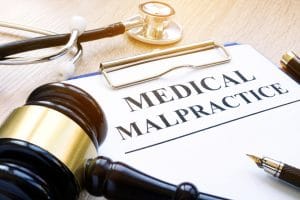 Communication errors are a major cause of poor quality care, patient harm, and medical malpractice. Breakdowns in communication among health care providers often lead to a failure to coordinate what each health provider is doing and can cause a patient’s needs to “slip through the cracks.” Miscommunication between a doctor’s office and the patient results in a failure to deliver test results or other crucial, time-sensitive information.

Some of the examples of failed communication reported by STAT include:

What is leading to these communication errors?

Communication errors are generally the result of one person (or department) not knowing what the other parties are doing. STAT’s research confirmed some of the reasons this happens:

The report noted that while electronic medical records often help communication efforts, they can be a burden. Having too many records can increase the risk of important information not being conferred from one office or doctor to another. For example, STAT cited one case where a “woman’s cancer diagnosis was delayed for an entire year because her lab result was plugged into the electronic health record but was not flagged to her primary care provider.”

The report also stated that many communication errors occur while patients are being transferred. According to data compiled by the Joint Commission, “an estimated 80% of serious medical errors involve miscommunication between caregivers during the transfer of patients.” The communication errors were both verbal and written: “errors often occur because information is unrecorded, misdirected, never received, never retrieved, or ignored,” according to Heather Riah, AVP of CRICO Strategies.

A method for improving communication among health professionals during transfers

Because transfers account for such a large percentage of errors, multiple methods have been created to help reduce miscommunication during patient transfers. One response to communication errors is the use of a program called I-PASS, which aims to provide better information when doctors and nurses change shifts. Another is SHARE, which was developed by the Joint Commission.

By implementing processes and programs like these, STAT reports, hospitals may be able to reduce the overall number of miscommunication errors. In an article in the New England Journal of Medicine, doctors from Boston Child’s Hospital reported a 23% decrease in medical error rates and a 30% decrease in preventable adverse effects after implementing I-PASS.

Why these methods and processes matter

Taking steps to reduce preventable miscommunication errors is the right thing to do. Healthcare facilities and providers owe their patients a duty of care, and programs like these can help ensure that they do.

Failing to follow protocols, however – whether it is during a patient transfer or not – can lead to serious injuries and even the death of a patient. This failure could be grounds for a medical malpractice claim. At Phelan Petty, our attorneys review not only your medical records, but also how your illness or injury was addressed, to see whether or not such a failure occurred. We review the medical provider’s protocols to see if they were followed. We conduct interviews with the medical professionals who treated you, and work with medical experts who can expose both flaws in a provider’s system, as well as breaches of protocol which may have led to your injuries.

Phelan Petty is one of Virginia’s premier medical malpractice law firms. When physicians and other health providers fail to deliver quality care, we hold them accountable for your medical expenses, lost income, physical pain and emotional suffering. To speak with a strong advocate, call us at 804.908.7100 or fill out our contact form to schedule an appointment.