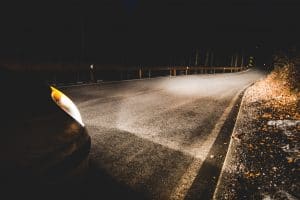 Most vehicles manufactured in the last several years include automatic sensors that trigger headlights when it begins to get dark or foggy outside. In some vehicle models, the headlights turn on in conjunction with the use of the windshield wipers. However, there are plenty of vehicles on the road that lack this automatic sensor technology. In other cases, drivers may choose to turn off these sensors.

As a consequence, sometimes drivers operate their cars or trucks at night or in adverse weather conditions without the benefit of headlights illuminating the roadway ahead. This has usually been cause for law enforcement to pull a vehicle over, and at least warn the driver about their headlights, if not issue a ticket.

According to WSLS 10 News, recently passed Virginia legislation may ban police from pulling drivers over for driving without headlights on when they should be illuminated. The proposed law also forbids law enforcement from stopping cars that are being driven with broken taillights or brake lights.

The bill is awaiting the Governor’s signature, who has expressed concerns about the bill as currently written.

According to Virginia Code §46.2-1030, the use of headlights on a motor vehicle is required in Virginia:

Yet, when wipers are used intermittently during misting rain, snow, or sleet, the use of headlights is not required. The new proposed modification to the statute states:

Why was this bill introduced?

The legislator who introduced the bill, Patrick Hope, told 10 News that his bill was not intended to allow people to drive vehicles without headlights, and that “someone driving without headlights can still be pulled over for reckless driving or suspicion of driving impaired.”

The intent of the bill is to reduce racial profiling. Robert Barnette of the Virginia chapter of the NAACP explained to Fox 5 News that minor traffic stops – like being pulled over for a broken taillight or for having tinted windows – “can escalate and are used as a pretext to search for drugs.”

A laudable intent that could have unintended consequences

While Delegate Hope’s desire to reduce racial profiling is laudable, the consequences of the bill could be more damaging than he intended. Driving without headlights increases the risk of causing an accident and reduces a driver’s ability to avoid one. Even having one headlight out can decrease a driver’s visibility to others on the road and create unnecessary blind spots on the side with the missing headlight. It could be especially dangerous in bad weather, coming around curves, or while driving on backroads in rural areas.

Ending racial profiling is the right thing to do, but removing driving without headlights from the list of traffic infractions is a mistake. The risks are simply too great to the driver, and to those with whom he or she shares the road.

We support victims of car accidents who have sustained injuries due to the negligence or recklessness of another party. If you have been injured in an accident, a Richmond attorney from the team at Phelan Petty can investigate your case thoroughly and fight vigorously for the compensation you deserve. To arrange a free consultation, call us today at 804.980.7100 or use our contact form to leave us a message.