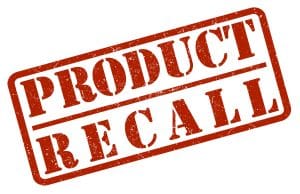 Actor Anton Yelchin’s untimely death in June 2016 due to a rollaway incident with his 2015 Jeep Grand Cherokee highlighted the deadly consequences of defective products. Six years later, another automobile manufacturer has issued recalls for a similar problem.

While receiving a recall notice can be a headache for vehicle owners, issues such as this are ultimately a safety matter that can have terrible consequences if not addressed quickly – as evidenced by Yelchin’s tragic death at age 27, which occurred before news of the recall reached him. In the case of this June’s Ford recall, four individuals have already filed reports of injury related to the rollaway issue, while another six have reported property damage, according to the NHTSA.

However, this is not the only recall Ford has issued this year. This should not be surprising considering that since recalls began, the nearly 120-year-old American automaker has developed a reputation for having the “highest number of recalls in history” according to moneyinc.com.

One could argue that Ford’s list of recalls is lengthy because the manufacturer sells so many passenger vehicles each year. However, even taking that into consideration, the sheer number of recalls cannot be ignored. In the past few months alone, Ford has issued recalls impacting thousands of customers – and that is in addition to the nearly three million customers affected by the rollaway defect.

Despite these additional recalls affecting fewer vehicles, they all address serious potential problems. For instance, in June Ford recalled nearly 3,000 2022 Ford F-150 Lightning electric pickup trucks due to a software bug in the tire pressure monitoring system. While this may seem like a minor issue that affects only a small number of passenger vehicles, improperly inflated tires can interfere with vehicle handling and increase the risk of an accident.

Then, in early July, Ford issued a recall for more than 100,000 vehicles in the U.S. because of the risk of fire. The recall includes certain 2020 through 2022 Ford Escape, Maverick, and Lincoln Corsair vehicles that are equipped with a 2.5-liter hybrid powertrain. According to Consumer Reports, there are concerns that “an engine failure could cause oil and/or fuel vapor to be released and lead to an under hood fire.” According to Ford, manufacturing issues are to blame – specifically, manufacturing issues involving an engine block or oil pan breach in hybrid or plug-in hybrid models.

The dangers of defective products

While Ford leads the pack with 45 recalls so far in 2022, they are not alone in having to issue recalls due to dangerous or defective auto parts. It has become the norm to see automakers issue recalls. Typically, these recalls occur after consumers report a problem – often one involving injuries or damage to property. When the defective product involves a vehicle, the NHTSA then investigates. Since 1966, the National Traffic and Motor Vehicle Safety Act has authorized the NHTSA to “issue vehicle safety standards and to require manufacturers to recall vehicles that have safety-related defects or do not meet federal safety standards.”

It is important to remember that while passenger car recalls are common, any type of product can be defective and require a recall. Once a recall is issued for a product, consumers are encouraged to stop using the product and / or have the problem resolved as quickly as possible. But what happens if you or someone you love is injured by a defective product before a recall is announced? Or, as in the case of Anton Yelchin, before the news reaches you and you are able to have the problem addressed?

In Virginia, the law typically allows a person who is injured by a dangerous or defective product to file a lawsuit up to two years from the date of the injury, unless the injured person is a minor or considered mentally incompetent. In general, a product liability claim – that is, a claim dealing with a defective product – should be based on:

Product liability cases are often complex and challenging. The companies responsible rarely want to be held accountable for designing, building, marketing, and selling products that cause or may cause serious injuries or even death. By accepting responsibility, these companies are at risk of losing substantial amounts of money in judgments and settlements, not to mention what they may be required to spend in order to correct the defective product or the loss of revenue if it is removed from the market. As such, companies will typically do whatever they can to settle any lawsuits for as little as possible and to keep the matter as quiet as possible so as to not damage their reputation.

Have you been injured by a defective product?

Dangerous and defective products can cause serious injury or illness. In some situations, they may even be fatal. If you or a loved one suffered an injury due to a defective product, it is important that you have an experienced Virginia product liability lawyer on your side. This is especially important here in Virginia, where the law tends to favor manufacturers rather than injury victims. The company and manufacturer will have a team of lawyers working to squash your claim and minimize any possible settlement. You deserve to have skilled attorneys fighting on your behalf so you receive the settlement you deserve.

The experienced product liability lawyers at Phelan Petty can help. We are adept at handling even the most complex product liability cases and have a record of standing up for consumers. We can do the same for you. Based in Richmond, we serve clients all over Virginia. Give us a call at 804-980-7100 or fill out our contact form to schedule a free consultation.

Michael Phelan is a Virginia trial attorney who practices with a special focus on traumatic brain injury (TBI) cases, pharmaceutical and medical device claims, product liability cases, and truck accidents. Michael’s peers have consistently recognized him for his excellence as a trial lawyer, and his clients have praised him for his commitment to deep research, his outstanding communication skills, and his sincerity and dedication.