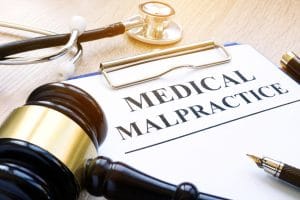 In a recent criminal case out of Ohio, a former physician was acquitted of 14 counts of murder after allegedly causing the deaths of his patients by ordering excessive amounts of fentanyl. The case was followed with interest by medical experts, legal professionals, doctors and nurses across the country, as the case raised significant questions about palliative care versus criminal intent, as well as issues of liability.

In 2019, prosecutors in Franklin County, Ohio charged William Husel with 14 counts of murder (reduced from an original 25) through medical malpractice. NBC News reported that the former doctor, whose license was suspended, “ordered excessive doses of opioids to dozens of near-death patients between 2015 and 2018, when he was employed with the Mount Carmel Health System, one of the largest in central Ohio.”

Before the trial began, legal experts noted that the case was of interest because, for all 14 counts, the prosecution would have to show that Hubel purposefully and with intent caused the deaths of his patients with fentanyl overdoses. The trial lasted about two months. Prosecutors called over 50 witnesses – including family members of the deceased, medical experts, and Huber’s former colleagues.  Many experts testified during the trial that the amount of fentanyl prescribed and administered was unnecessarily high. One doctor described the 1,000 micrograms of fentanyl as “enough to take out an elephant.” Nevertheless, the jury acquitted Huber of all counts. Per NBC News:

Jurors had to weigh whether Husel was acting as permitted under Ohio law when, prosecutors say, he ordered 10 times the amount of fentanyl that expert witnesses said was the norm in nonsurgical settings. Most of the ICU patients who received 1,000 micrograms of fentanyl were in their 70s and 80s and needed help breathing on ventilators, although a few were as young as their late 30s.

Huber’s defense team argued that there is no illegal maximum medical dose of fentanyl dose under Ohio law. They contended he was attempting to provide comfort care to the patients who were dying or near death.

The reason it can be difficult to prosecute a criminal case like the one involving former doctor William Husel is the issue of intent. The burden of proof in a criminal case falls to the prosecution to prove beyond a reasonable doubt that the defendant intended to cause an individual, in this case the patients, harm.

Michael Benza, a senior professor of law at Case Western Reserve University in Cleveland, explained this dilemma to NBC News. “How much proof did the government really have? Was this really murder or was it palliative care within the discretion of how to treat my patient that unfortunately had consequences that can include death?”

Just because Husel was acquitted of criminal charges, however, does not mean the fallout from his actions are over.

According to NBC News, 35 families filed medical malpractice and wrongful death claims against Husel, Mount Carmel Hospital, and various staff members and nurses. Many of these lawsuits are still in process, but some families have already settled for a total of over $13 million. You may wonder why these lawsuits are still permitted to proceed if Husel was determined not guilty of criminal activity.

Civil lawsuits differ from criminal prosecutions in a number of ways. For one thing, in a criminal trial the prosecution must prove intent – that the defendant intended to cause the victim harm. Also, and importantly, the prosecution has to prove every element of the case to the jury beyond a reasonable doubt. This is the burden of proof in a criminal case. In the Ohio case, the jury did not find beyond a reasonable doubt that Dr. Husel intended to harm his patients when prescribing them excessive doses of fentanyl.

In a civil medical malpractice lawsuit, the question of intent is irrelevant. The patient’s attorney does not need to show that the defendant doctor intended to cause harm. Instead, the question for the jury is whether the doctor provided care in a reasonable and careful manner, regardless of what the doctor intended to do. The burden of proof in such a case is not “beyond a reasonable doubt” but rather is the “preponderance of the evidence.” In other words, the patient’s attorney need only demonstrate that it is more likely than not that the defendant physician was negligent by failing to provide appropriate treatment. Medical negligence can include medication errors, like prescribing excessive or even lethal doses of medications.

Who else is liable for medical malpractice injuries?

A medical malpractice claim also casts a wider net of liability than a criminal case. Nurse.org reports, “Mount Carmel hospital he worked at put a total of 23 nurses and pharmacists on leave pending investigation into the wrongful death lawsuits. Additionally, nurses were named in three other lawsuits filed surrounding the death of three specific patients.”

When you suffer harm from medical malpractice, including a loved one’s wrongful death, a variety of people or entities may be responsible. The term “medical professional” can encompass many in the medical profession, including doctors, nurses, pharmacists, residents, technicians, and EMTs. Further, medical entities and organizations can also be held responsible for negligence, including:

If you need legal help for a medication mistake that led to your or your loved one’s injuries, talk to a medical malpractice attorney as soon as possible to find out your best next steps.

The attorneys at Phelan Petty understand the complexity of medical malpractice cases and can walk you through the legal processes with compassion and confidence. We want to help you secure the compensation to which you are entitled, and hold all negligent and responsible parties accountable for the harm they caused. Our legal team is proud to serve clients in Richmond and throughout Virginia. To schedule a consultation, call our offices at 804-980-7100 or fill out our contact form today.