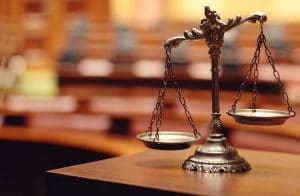 Phelan Petty partners Jonathan M. Petty and Brielle M. Hunt were recognized by Virginia Lawyers Media for securing one of the top verdicts in Virginia for 2021. Their $3 million jury verdict in a fetal death case in Henrico County was listed as #3 for the year. This verdict was the first plaintiff’s verdict in a medical malpractice case in Virginia since the onset of COVID.

Our client was a 30-year-old woman with a history of difficulties. She had previously suffered a miscarriage and a stillbirth, and had undergone one C-section in her home country. In 2018, she immigrated to the United States, and soon became pregnant. The plan was for her to have another C-section at 39 weeks.

Our client underwent all the necessary, routine pre-natal care. She consulted with a specialist to ensure she was doing everything she could to stay healthy and protect her baby. But at 37 weeks, she experienced nausea, vomiting, and abdominal pain. Her symptoms were so severe she went to the emergency department at Henrico Doctors Hospital for help. After a few hours of being monitored, she was released – but our client’s symptoms did not abate. She returned to the emergency room two days later.

On this trip, she was hooked up to a fetal monitor and seen by hospital obstetrician (an OB hospitalist) for a five-minute consultation. Our client’s symptoms got worse even during her stay in the hospital. During her stay, the baby descended into the pelvis, and the fetal heart rate changed. When our client was first hooked up, the fetal heart rate tracing was a Category I (normal); now, it changed to Category II (indeterminate). Category II tracings require that the patient be closely and continuously monitored. Per the American College of Obstetricians and Gynecologist (ACOG), Category II tracings can include a wide array of potential problems for a baby, including:

Despite these potential risks, our client was sent home from the hospital at 1:30am and told to follow up with her OB/GYN.

At 8:00am the next morning, while our client was in the car on her way to see her doctor, her uterus ruptured. She was 37 weeks along. Her son died as a result.

Partners Jonathan Petty and Brielle Hunt argued that based on our client’s history, and the change in the fetal heart tracings, she should have been kept in the hospital. If she had, an emergency C-section likely would have been performed, which would have saved her baby boy’s life. The failures by the doctor to exercise reasonable care constituted medical malpractice, and our client’s son paid the ultimate price.

The defense lawyers tried to claim that abdominal pain is normal during the third trimester, and that because our client was not in active labor, sending her home was the right thing to do.

Thankfully, the jury found for our client, returning a verdict of $3 million. While no amount of money will ever make up for the loss of this child, this verdict shows that justice can and will be done. When a medical professional’s negligence leads to an unbearable loss, that professional must be held accountable – not only because it is right, but because it may help prevent such a tragic loss from happening again.

Phelan Petty is a premier medical malpractice firm based in Richmond and serving clients and families throughout Virginia. If you or your child suffered injuries because of medical negligence, or if negligence led to the death of your loved one, we want to help. Please call 804-980-7100 or fill out this contact form to schedule a no-cost, no obligation consultation.