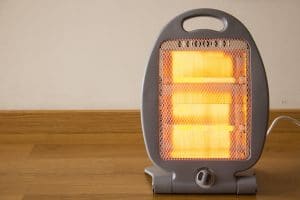 As the weather grows cooler each year, people across the country turn to portable heaters to help warm their homes, and as they do, some space heaters start home fires causing deaths, injuries, and loss of property. Virginia consumers might imagine risk of space heater fires is linked to colder, northern climates, but when the temperature drops, space heaters also start numerous fires in Virginia. As space heater fires in January 2022 demonstrate, residents of Virginia need to be as wary of space heater defects and hazards as people living farther north.

As the New York fire was being reported, Virginia also was experiencing a rash of residential fires. On January 8, 2022 a local CBS News affiliate reported twelve house fires had occurred in Central Virginia over two days, explaining “Six of the fires between Friday and Saturday happened in Central Virginia: Hopewell; Richmond; Goochland; Caroline;  Petersburg; and Cumberland. Two others happened in Fredericksburg and Stafford.” On January 10, a Richmond ABC News affiliate reported that Central Virginia fires had left dozens homeless and killed two people. The American Red Cross said it had helped fifty people find housing after responding to seventeen fires statewide.

While the causes of each of the fires were not reported at this writing, officials stated that a fire in Petersburg and one in Richmond off the Midlothian Turnpike were both started by space heaters. A report from Portsmouth Virginia similarly said a space heater ignited “combustibles” to start a fire displacing six people from a two-story home.

Fire officials from Wheeling, Richmond, Charlottesville, Portsmouth, Roanoke, and Petersburg, to name a few, along with a spokesperson from the Virginia Red Cross all issued statements warning the public about the risks of home fires from space heaters and providing safety tips to avoid them.

The Consumer Product Safety Commission (CPSC) responded to the news the Bronx fire started with a space heater by committing to examine the role the space heater may have played and promising assistance to New York fire investigators. CPSC Chairman Alex Hoehn-Saric stated, “If it’s a defective product, we will take action.” On average, defective products cause about 30 million injuries and 22,000 deaths annually in the United States.

Space heaters have long been recognized as presenting a fire hazard. Many portable space heaters run on electricity, including fan-forced heaters, ceramic heaters, infrared heaters, and models using oil or water-filled radiators. Other types of space heaters may burn volatile fuels. Today the CPSC estimates that portable heaters are involved in  1,700 fires per year, resulting in  80 deaths and 160 injuries. The National Fire Protection Agency’s (NFPA) “Home Heating Fires” January 2021 Report found heating equipment was involved in 48,530 home fires each year from 2014 to 2018, causing 500 civilian deaths, 1,350 civilian injuries, and $1.1 billion in property damage. Space heaters were involved in 44% of the fires, 81% of the deaths, 80% of the injuries, and 54% of property losses, with electric powered space heaters involved in over half the fires and over three-quarters of deaths.

The CPSC has issued numerous recalls for a number of dangerous space heaters during the last twenty years, including:

Many of these heaters actually caught fire, and others caused damage to power outlets. The Vornado Air heater was specifically linked to one death, but hundreds of people die each year because of space heaters.

What can consumers do avoid home fires from space heaters?

Consumers should buy safe heaters and use them carefully. Both the CPSC and NFPA recommend that consumers only purchase and use space heaters certified from an approved laboratory such as UL, since the certification means the product has been tested safe to current regulations. Chair of the CPSC Alexander Hoen-Sarick explains, “If you don’t buy one that has been certified, then you’re running the risk of not meeting the voluntary standards that are out there.” (While standards and regulations may be searched through the CPSC website, voluntary standards develop over the years and are difficult for laypersons to track.)  Since consumers are not always aware of product recalls, and some recalled products may still remain in the marketplace, Hoen-Sarick also recommends consumers search recalls on the CPSC website before using their space heaters or buying another one.

Consumers also can look for some established safety features on space heaters, such as automatic turn off switches that work when heaters tip over, overheating protection, and 117 degree temperature limits that prevent heaters from setting close items on fire. Consumer Reports awards heaters safety ratings based on how well they demonstrate these features by giving space heaters a “tip test” to see if the heater shuts off in under ten seconds after it is tipped over; an “overheat test”  to see if a heater wrapped in fabric shuts off in under two minutes without scorching the fabric; and the “drape test” to see if a heater with part of its outlet covered with cloth either shuts off in two minutes, or runs for thirty without scorching the fabric. Consumer Reports also recommends consumers look for sturdy electrical cords and a ground-fault circuit interrupter if they will be using the heater around water.

Consumers should also use space heaters safely. These commonsense steps can help keep you safe:

If you or someone you love is injured in a home fire by a dangerous space heater, Phelan Petty can help. Our experienced Richmond-based product liability attorneys protect the rights of Virginia consumers injured by dangerous products. The We work to hold manufacturers and distributors of products responsible when they allow dangerous products on the market. To schedule a free consultation, call us in Richmond at 804-980-7100 or fill out the contact form.