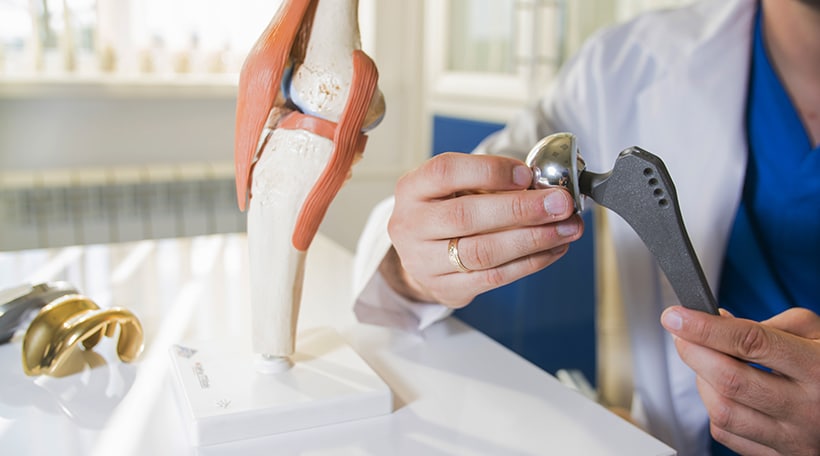 Hip replacements were created to offer patients with hip issues increased mobility and less pain. The elderly especially benefit from these types of medical devices. However, in recent years, a series of high-profile recalls call attention to the dangers of hip implants. When a patient receives a defective implant, they can suffer further pain and injury.

Metal-on-metal (MoM) hip implants in particular are known to corrode or even poison a patient, when fragments of the implant break off and travel throughout the body. Patients can experience pain, swelling, infection, and other complications, including the physical trauma of additional surgeries.

The Richmond defective medical device attorneys at Phelan Petty have seen first-hand the damage a faulty hip implant can cause. We hold the right parties accountable for your injuries, or the injuries to your loved one, and seek the maximum financial compensation for your losses and damages. Talk to us today – we can help.

What are metal-on-metal hip implants?

Hip replacement surgery is a procedure where a doctor removes an arthritic or damaged hip joint with an artificial one, typically made from metal or plastic components. This type of surgery is typically performed after all other options have failed in providing pain relief for a patient. The majority of injuries and complications from hip implants involve metal-on-metal designs.

Popular in the 2000s, reports of MoM injuries and lawsuits led to the FDA regulating and strengthening  the approval process for these types of implants in 2016. According to many consumer complaints, a design flaw in metal hip implants caused the ball and socket mechanism to shed small amounts of metal into a patient’s bloodstream, a dangerous health condition called metallosis.

The FDA discusses concerns regarding MoM implants, including various mandates and safety information.

As of May 16, 2016, there are no FDA-approved metal-on-metal total hip replacement devices marketed for use in the United States. [source]

Defective hip implants can cause patients unnecessary harm that can result in associated health issues or the need for additional corrective surgeries. Common MoM hip implant defects and failures include:

Some of these issues can lead to disabling or life-threatening complications.

What are the potential complications from defective hip implants?

Over time, parts of metal-on-metal hip implants can begin grinding together, releasing tiny shards of metal into the bloodstream. This can raise the levels of metal toxicity in the blood to a dangerous level. Health problems involved with defective hip replacements can also include:

A patient may even suffer health problems from a failing hip implant in other parts of the body, which is why it is important that you report any new symptom to your doctor or surgeon, as it may indicate an issue with your hip device. Your medical professional should assess whether or not further testing or revision surgery may be required.

What companies are involved in defective hip replacement system recalls?

Two of the companies that have been involved in the most lawsuits over defective hip replacement systems are Stryker and DePuy.

Stryker recalled its Rejuvenate and ABG II hip systems in 2012 because they failed quickly. Many patients faced another hip replacement surgery within two to four years after receiving a Stryker Rejuvenate or ABG II system.

Numerous people across the country allege that they suffered serious injuries, including metal poisoning, due to these metal-on-metal hip systems, and so far, juries across the United States have overwhelmingly sided with injured patients when examining these claims.

While companies like Stryker and DePuy have resolved some of their hip replacement claims, others are still pending.

Can I be compensated for injuries from a defective hip implant?

Many patients with MoM hip implants in their bodies have been forced to undergo multiple corrective procedures as well as endure ongoing pain and other complications. The Richmond defective medical device attorneys at Phelan Petty work to secure financial compensation to help recover damages for your losses.

You may be eligible for compensation for:

We understand that every situation and every patient is different and every injury is unique. Our legal team dedicates itself to investigating every aspect of your case.

Since 1990, the Phelan Petty team has successfully represented people injured by hip replacement devices manufactured by Sulzer, DePuy, Stryker, Zimmer, Wright, and Biomet. We continue to apply our extensive knowledge about metal-on-metal hip replacement injuries to advocate for the newest victims of these devices.

If you are experiencing complications after receiving a metal-on-metal hip replacement, we recommend that you first contact your surgeon for a consultation. However, before you agree to remove your implant and return it to the manufacturer, you should consult with one of our attorneys. You will likely need to have your hip implant preserved to prove that it was defective, and we can help ensure this happens. To schedule a free consultation, please call 804-980-7100 or fill out the contact form. Our offices are located near I-64 and Route 250 in Richmond.