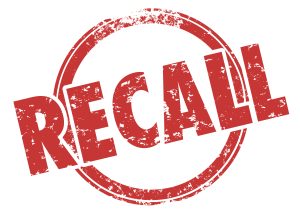 Do you listen to music during your morning workout, take calls, or participate in online conferences using wireless ear buds, earphones, or headphones, or use them to cancel loud noises? If so, you benefit from lithium-ion battery technology powering your wireless device. The recent notice of importer E-filliate’s recall of earphones marketed under the well-known DeWalt brand name due to burn and fire hazards, however, serves as a reminder that while most wireless earphones and headphones operate without incident, the lithium-ion batteries powering these kinds of devices still may overheat, causing burns, fires, and even explosions.

Why were the DeWalt Jobsite Pro Wireless Earphones recalled?

On December 21, 2021, the United States Consumer Product Safety Commission(CPSC) published a recall by E-filliate of the DeWalt Jobsite Pro Wireless Earphones. The recall was issued because E-filliate had received “61 reports of the earphones overheating during charging or use, including five reports of fire and four reports of minor burn injuries.”

The recall notice instructed owners of the earphones to “immediately stop using the wireless earphones and contact E-filliate to receive a pre-paid shipment label to return the product directly to E-filliate in order to receive a free replacement.”

Like many wireless devices used countless times a day by consumers, wireless ear and headphones run on lithium-ion batteries. Smartphones, tablets, laptops, small cameras, e-cigarettes, vapes, wireless games, and other devices are all powered by lithium-ion batteries, which use liquid electrolyte with lithium to pack a high amount of energy into a small space. However, the same “liquid lithium” that provides power, also packs potential danger of burns, fires, and explosions because it is extremely flammable. According to Consumer reports, three components of the battery work together to produce power: “the positively charged cathode, which is made of metal oxide, the negatively charged anode, which is made of graphite, and the liquid electrolyte—a solvent containing lithium salts—that enables the electric charge to flow between the two poles.” The electrolyte solvent containing lithium moves from the anode into the cathode through a separator, creating power through a chemical reaction, and when the battery is charged, the lithium moves back. But if the separator is breached, “a short circuit starts a process called thermal runaway. . . . The chemicals inside the battery begin to heat up, which causes further degradation of the separator. The battery can eventually hit temperatures of more than 1,000° F . . .  the flammable electrolyte can ignite or even explode when exposed to the oxygen.”

Explosions and fires from breaches in the separator in e-cigarettes have been linked to shoddy manufacturing in Chinese plants, and lithium-ion batteries also have caused highly publicized explosions and fires in hoverboards, laptops, and cell phones, such as the Galaxy Note 7. The past lithium-ion battery recalls of hoverboards and Galaxy Note 7 phones caused the CPSC to study the incidence of overheating batteries at the time and issue the “Status Report on High Energy Density Batteries Project February 12, 2018.” The report found that between January 1, 2012 and July 24, 2017, more than 25,000 incidents of overheating or fire hazards with more than 400 types of consumer products occurred. As a result, the CPSC resolved to make battery safety and removing lithium-ion battery hazards a priority, and to work with other governmental agencies to create safe standards for lithium-ion battery products. The CPSC even met with electronics manufacturers and government agencies in China, Korea, and Japan. The “Voluntary Standards Activities Fiscal Year 2021 Annual Report” reports on page twenty-four that CPSC continues to work with Standards Development Organizations to revise the standards for lithium-ion batteries to address fire-related hazards, including overheating, thermal burns, fire, and explosions.

The U.S. market for all types of wireless headphones, whether in-ear, on-ear, or over-ear, was expected to reach 5.1 billion dollars in sales and 26.9% of the world market in 2021 and keep growing. Rolling Stone recently noted that the category of neckband style headphones is expanding in popularity. What this means is that despite the well-documented risks, people will continue to buy products that pose a significant risk to their safety and health. Burn injuries are some of the most catastrophic injuries there are, and a burning or exploding set of headphones is most likely to cause damage, such as extensive scarring, to the face and/or neck. If the headphones explode, they can lead to a permanent loss of vision or hearing.

Although developing standards helps to improve battery safety, scientists agree that the continued pressure to make the batteries smaller and more powerful, combined with the combustibility of the liquid lithium in the electrolyte solvent, means the batteries will continue to pose burn, fire, and explosion hazards, in spite of their wide spread use. Because of these hazards, scientists continue researching ways to replace less stable lithium batteries with solid state lithium batteries. The recent burn and fire hazards reported with the DeWalt Pro Jobsite Wireless Earphones reminds consumers that while much has done been done to make lithium-ion batteries used in consumer products safer, even well-known and trusted brands may sell products posing significant hazards from lithium-ion batteries. As the markets for headphones and other wireless devices continue to grow, the possibility of consumers suffering injuries and losses from burn, fire, and explosion hazards due to defective or damaged lithium-ion batteries likely will grow with it.

If you or someone you love is injured by recalled DeWalt Jobsite Pro Wireless Earphones or any other wireless device powered by dangerous lithium-ion batteries posing burn, fire, and/or explosion hazards due to overheating, Phelan Petty can help. Our experienced Richmond-based product liability attorneys protect the rights of Virginia consumers injured by dangerous and exploding batteries. To schedule a free consultation, call us in Richmond at 804-980-7100 or fill out the contact form.