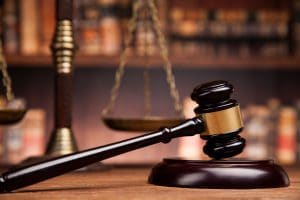 When you go to the doctor, you expect to receive proper and necessary treatment, including the correct medication, surgery, doctor, and care. Nobody assumes they will lose a limb because the doctor does not speak their language. However, this is exactly what happened to a patient in Knoxville, Tennessee.

A recently-filed lawsuit alleges that a deaf patient lost the lower part of his leg after a delayed blood clot diagnosis, stemming from his inability to communicate with hospital staff and their refusal to provide him with an American Sign Language (ASL) interpreter. According to court documents:

Scott Tomei went to the hospital after he fell and hurt his foot and leg. He is deaf and communicates using American Sign Language (ASL). So when he arrived, he asked for an interpreter. But the hospital–Parkwest–never provided one. Medical staff simply x-rayed his knee, gave him an antibiotic and ibuprofen, and sent him home.

After his pain increased, Tomei visited another hospital, where doctors determined he was suffering from blood clots. They sent him back to Parkwest in an ambulance with a request for an interpreter, which was once again refused. Again, according to court documents:

Instead, the hospital offered a Video Remote Interpreting device, which promised to connect Tomei with an off-site interpreter via webcam. But the hospital’s firewall made the connection so glitchy that Tomei couldn’t effectively communicate. A Parkwest doctor performed surgery for his blood clots. Afterward, Tomei continued to suffer from “intense burning and pins-and-needles pains.”

After being sent home in extreme pain and with a “blue foot,” Tomei’s family doctor sent him to University of Tennessee Medical Center, who provided him with an ASL interpreter. There he underwent another surgery for his blood clots but surgeons were also forced to perform a partial amputation of his leg. Tomei is naming Parkwest Medical Center and Covenant Health in his lawsuit.

Patients have a long list of rights when seeking medical treatment, and one of those rights is proper communication between all parties involved in their care. As you can see from Tomei’s allegations, not only did he suffer catastrophic injury from a lack of interpreter, but further poor communication (including a malfunctioning webcam) complicated and worsened those injuries.

In fact, about 30 percent of medical malpractice claims involve communication errors like this one. Per Newsweek, Tomei said “the lack of effective communication with health care workers meant he couldn’t understand why he was admitted, the goal of his treatments, the existence of alternative treatments and any details about what he should do after being discharged.”

Part of proper communication is something called informed consent. Informed consent means much more than simply saying “yes” to a medical procedure. It means being informed about the procedure – being provided with crucial information you need to make important decisions about your own health. This also includes information regarding alternative treatments and potential negative outcomes.

Tomei’s language barrier and lack of access to an ASL interpreter demonstrates a lack of informed consent – without a proper understanding of his medical condition and, more importantly, without the ability to describe his symptoms, doctors were unable to save his leg from a preventable complication.

It is generally accepted that informed consent includes a discussion of the following elements:

·       The nature of the decision/procedure

·       Reasonable alternatives to the proposed intervention

·       The relevant risks, benefits, and uncertainties related to each alternative

·       The acceptance of the intervention by the patient

In order for the patient’s consent to be valid, she must be considered competent to make the decision at hand and her consent must be voluntary. It is easy for coercive situations to arise in medicine.

According to court documents, along with seeking financial compensation for his losses, Tomei is also asking a judge require Parkwest Medical Center to provide an in-person ASL interpreter for future patients.

If you or a loved one suffer harm due to the negligence of a medical professional, talk to the medical malpractice attorneys at Phelan Petty. We understand the complex nature of these types of cases, and we are ready to fight for the damages to which you are entitled. Reach out to us today at 804-980-7100 or use our contact form to schedule a free consultation. We serve clients in Richmond and throughout Virginia.