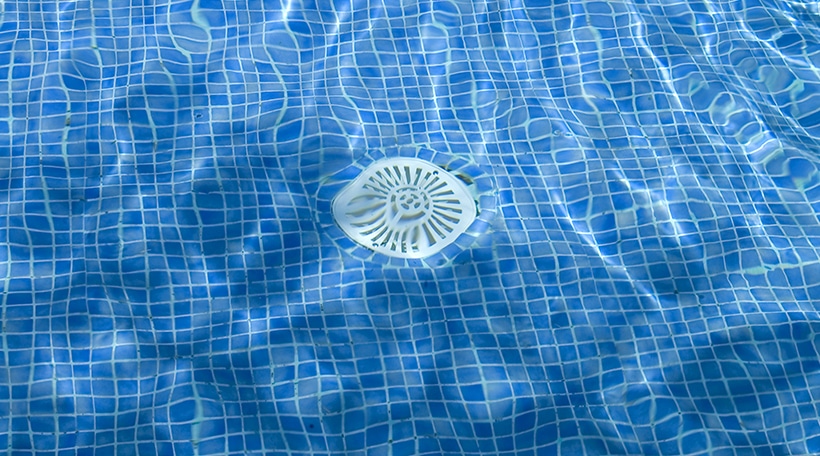 We frequently hear of the hazards and dangers of swimming pools – accidental drownings or serious injuries from diving into shallow water. However, people are less aware of the dangers of pool drains. Used in both pools and hot tubs or spas, these types of drains create a massive amount of suction, which can easily trap a swimmer’s hair, jewelry, or body parts.

Drains in the average backyard pool can create an amount of suction equal to a 350-pound weight, and drains in public pools can be even more powerful. Even the strongest adult will struggle underwater if trapped in this suction, and children may be held under long enough to drown. Federal law requires pool and spa drains are covered to prevent these types of accidents.

The Richmond defective and dangerous product attorneys at Phelan Petty step up if you or your child were injured by a swimming pool drain. Whether your accident was caused by faulty maintenance, a defective drain cover, or other negligence, we will fight to ensure you are compensated for your injuries and losses. We can help.

What makes pool drains so dangerous?

Pool drain accidents typically occur due to broken or old drain covers that expose the drain’s suction (or vacuum) effects to anyone or anything in the pool. Drains and suction are necessary for pools and spas because the water must consistently run through the filter to remain clean. The drain cover is meant to protect swimmers from the powerful suction, as the force can make it impossible to escape.

Pool and safety experts recognize five types of what is called “suction entrapment”:

Pool manufacturers and maintenance companies have a duty to ensure these drain covers are compliant and in proper working order before these types of horrific and tragic accidents have a chance to happen.

The powerful vacuum effect from a pool or hot tub drain can cause severe and life-altering trauma, including traumatic brain injury from lack of oxygen and wrongful death from drowning. The Richmond attorneys at Phelan Petty can consult with you about your specific circumstances and how to move forward with your case.

These statistics illustrate why working fire safety tools are so crucial, and how lives can be lost when they fail.

If someone becomes stuck to or entrapped by a pool drain, immediately shut down power to the pump to stop the suction pressure. If you cannot find the pump, shut down the power to the pool.

What is the Pool and Spa Safety Act?

The federal government passed the Pool and Spa Safety Act, formally called the Virginia Graeme Baker Pool and Spa Safety Act (VGBA) in 2008. The Act is named after Virginia Graeme Baker, a seven-year-old girl who died after a hot tub drain trapped her underwater. The spa drain’s suction was so powerful that it took two adult men to pull her from the drain, and the force it took to pull the child free actually broke the drain cover. Virginia technically died from drowning, but the actual cause of her death was entrapment from a faulty drain cover.

The 2008 legislation ordered all public pools and spas to meet federal regulations for drain safety standards. These mandatory requirements for pool and entrapment safety are enforced by the Consumer Safety Product Commission (CSPC), and include:

Compliant, anti-entrapment drain covers are stronger and have a different, more curved shape that makes it difficult for a body part or object to block the drain and become caught. Parents should always ensure that a public or private pool is compliant before allowing children to swim, and educate their children on the dangers of pool drains, no matter what type of drain cover they encounter.

Who is liable in a Richmond pool drain cover accident?

The Pool and Spa Safety Act only applies to public swimming pools and spas. In addition to protecting the public from these dangers, your public pool is also required to provide lifeguards or post signage noting when lifeguards are not present, and that children must be supervised. When pool owners fail to follow these safety regulations and a member of the public is injured, they can be held liable for their negligence.

Further, although private citizens are not required to comply with the Act, they still have a duty under the theory of Virginia premises liability to warn of hazardous conditions. An old or broken pool drain may be considered a dangerous property condition, and a property owner has a duty to warn guests of this safety hazard.

In the event a defective drain makes it onto the market, the manufacturer can also be held liable.

What compensation can I recover in a pool drain accident case?

Swimming pool drain entrapment injuries are nearly always serious and sometimes fatal. Often, you may need the help of a Richmond attorney to recover the compensation to which you are entitled, as these types of injuries may require months or years of medical treatment. Our personal injury lawyers take into account every aspect of your accident and the resulting expenses of your injury.

We seek financial compensation for your damages and losses, including:

It is crucial to act quickly after an accident in order to preserve your right to compensation. Here in Virginia, you have two years from the date of injury (or discovery of injury) to file an injury claim. Get in touch with us today.

Pool drain entrapment accidents are catastrophic and preventable. Old or defective pumps and drains lack the safety mechanisms to prevent these types of tragic incidents. If you or a loved one suffered injury from a faulty pool drain, get in touch with the injury attorneys at Phelan Petty for smart representation. We can help. To schedule a free consultation, please call 804-980-7100 or fill out the contact form. Our offices are located near I-64 and Route 250 in Richmond.