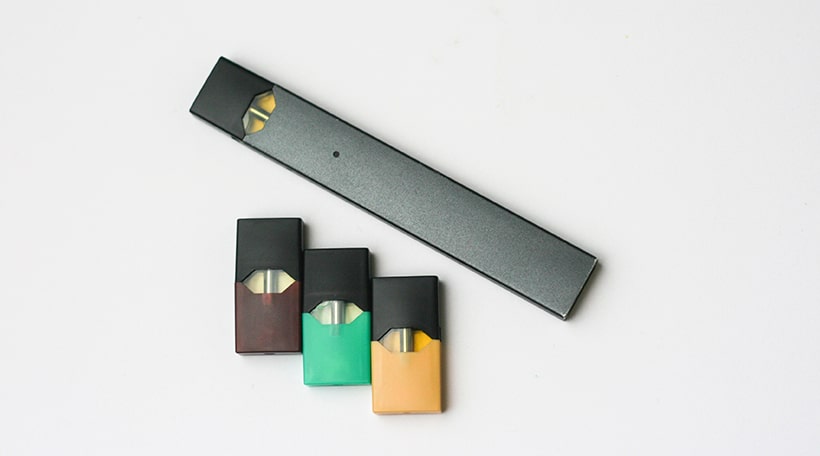 Are you (or is someone you love) addicted to Juul or suffering from the symptoms of vaping lung? The Richmond Juul attorneys at Phelan Petty are filing cases on behalf of individuals harmed by vaping Juul and other e-cigarettes in Richmond and nationwide.

Help us make a difference in this Richmond vaping epidemic, join our Virginia Juul lawsuit today! Simply fill out our Case Evaluation form on this page and we can tell you if you qualify for compensation for your injuries.

How has JUUL targeted teens in Richmond?

JUUL, the nation’s leading e-cigarette maker, controls over 76 percent of the market share of vaping devices. Juul has engaged in a targeted marketing campaign directed at Virginia’s youth that has resulted in an epidemic in Richmond, all of Virginia, and in the United States.

“Juuling” has become a part of daily school life in Virginia. According to the Truth Initiative, about 12% of high school students in Virginia use e-cigarettes, a rate nearly double the number who are smoking traditional cigarettes.

As a result of this vaping epidemic, Virginia became one of 19 states to impose a full school tobacco ban, starting with the 2019 school year. Students possessing or using e-cigarette products on campus in Virginia schools face a range of potential disciplinary actions, including in- and out-of-school suspension, referrals to the juvenile court system, and tobacco intervention classes.

Juul targeted Richmond teens via social media through the use of young models, bright colors, and tempting flavors like Mango, Mint, and Crème. JUUL is at the center of several consumer lawsuits, one alleging that an Indiana teen who was enticed by the rainbow colors and fruity flavors of Juul’s e-cigarettes later developed an intense and permanent nicotine addiction.

On September 9, 2019, the FDA sent a warning letter to JUUL CEO Kevin Burns accusing the company of “marketing unauthorized modified risk tobacco products by engaging in labeling, advertising, and/or other activities directed to consumers,” including a presentation given to youth at a school. According to the letter, a JUUL representative made the following statements to students:

JUUL recently confirmed plans to cut staff and reduce hiring. Due to an increasingly unfavorable U.S. regulatory environment regarding vaping, Philip Morris International recently called off merger talks with Altria, the top investor in JUUL, that would have created a $200 billion global power.

In response to the epidemic of youth now addicted to Juul, CEO Kevin Burns responded, “I’m sorry.”  He resigned in September 2019 and was replaced by former Altria executive K.C. Crosthwaite.

What is “vaping lung”?

Vaping lung lawyers and government agencies are investigating the cause of vaping lung. However, consumers need to be aware of common vaping lung symptoms so that they can seek immediate medical assistance. If you or your loved one experience any of the following symptoms, you should stop using any e-cigarette or vaping products and seek medical assistance. Some Richmond vaping lung victims have reported their symptoms developed over several weeks, while others found symptoms took only days.

People with vaping-related lung disease are usually admitted to the hospital because of their breathing problems. As of February 2020, there have been 103 reported cases of vaping injuries in Virginia, including 96 hospitalizations and one death.

How addictive is Juuling and vaping?

Medical experts worry that nicotine salts, such as those used by JUUL to make its e-cigarettes, are sentencing young people to a life of nicotine. They warn that these substances may cross the blood-brain barrier and lead to learning, memory, and attention problems, and prime young people to become addicted to other substances. The newest generation of e-cigarettes reportedly also have a higher level of nicotine than previous versions, making vaping even more addictive.

If you are a Richmond teen addicted to Juul or vaping, the Substance Abuse and Mental Health Services Administration (SAMHSA) can direct you to a facility to assist you with quitting. Places like the Virginia Addiction Recovery Center and Directions for Youth and Families may also be able to assist you.

In addition, the Truth Initiative is a great resource in looking for ways to quit Juul. There is a free, first-of-its-kind, text message program that has been set up to give teens the support they need to quit Juuling. You can access the program by texting “DITCHJUUL” to 88709. Teens and schools may also want to consult the free resources found at the 24/7 Tobacco-Free Schools toolkit to assist with this teen vaping epidemic.

Quitting Juuling and vaping is hard, and it often takes more than one try.  If you're trying to quit, you need to keep going even when you slip up. You should also understand the difference between normal symptoms of nicotine withdrawal versus serious complications.  Below are normal symptoms of vaping but, if they continue for long, you should seek medical assistance.

Symptoms of vaping and Juul withdrawal include the following:

What has Virginia done to take action against the youth vaping epidemic?

Governor Ralph Northam said that his administration is considering a ban on vaping in the Commonwealth, but no ban has yet been enacted. However, The Virginia Foundation for Healthy Youth (VFHY)’s award-winning volunteer group for high school students, Y Street, has been working to create a more-healthy Virginia. Y Street’s 24/7 campaign has been helping Virginia schools create a policy to be tobacco-free 24 hours a day, 7 days a week.

What is the status of the vaping illness outbreak in Richmond?

The CDC reports the national vaping illness outbreak has now spread to all states and one United States territory, and public health officials continue to report vaping related deaths. Although it is currently unclear what is causing the outbreak of vaping lung in Richmond, the Virginia Department of Public Health (VDH), along with other states, the CDC, the U.S. Food and Drug Administration (FDA), local health departments, healthcare providers, and vaping lung injury attorneys like the team at Phelan Petty are working hard to investigate what is in the vape materials that makes people sick.

Phelan Petty is a Virginia trial law firm dedicated to protecting the rights of individuals who have been harmed by others. We have a team of lawyers who have the resources to take on Big Tobacco and JUUL Labs. But, more importantly, we are parents and friends of people addicted to Juul and experiencing the painful complications of vaping. We are committed to making a difference in this vaping epidemic.

If you or your family are battling a nicotine addiction or a lung disease that is related to JUUL or another e-cigarette product, fill out our Juul Case Evaluation Form on this page and we will help you understand all of your legal options, including a JUUL injury lawsuit.